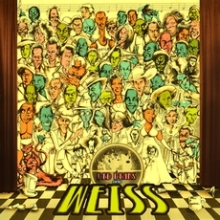 You need to check this out….

take a deep trek through american roots music, knuckleheads, pee pee houses, nazi death camps, buddhist teachings and more!!!sample it and see!!!!!!!!! forget about Tom Waits and Johnny Depp being on the project – Chuck is the Man!i heard this online before it was released and ordered it. it is almost like a companion to ‘Extremely Cool’…maybe better…this is such a fantastic record, you don’t know what to be most fascinated by next.some songs are searing R&R and some, like ‘Shushie’…would be a wonderful soft song for just about anybody to cover…others just blow you away, like ‘Bomb the Tracks,’ which comes on like an all out rock and roller and addresses cultural issues like why we didn’t bomb the tracks the trains used to take Jews to concentration camps in WW2 (which IS a good question)…the lyrics here are unreal…he sums up the basic tenets of Buddhism in two lines of lyrics in ‘Knucklehead Stuff’ …’Kokamo’ comes on so slick and smooth it takes several hearings before you realize it starts out with an oral ‘dismembering’ (my word not his) on Lovers Lane…or how about Stalin drawing futuristic pictures of Huckleberry Hound while Winston Churchill befalls an ill fate???…yep, not only is it all here…it’s all here and more – rocking to the hilt and is an excellent choice for Best Record of 2014 in all classes!!!!!

this is a free blog and, as such, you must put up with the typos….

Gentle Readers,
All the bluster about (and coming from) NJ Governor Chris Christie may seem like bad news for the nation but it is a gift for comedians, many of whom had cut the use of fat jokes, leaving them to rest on a shelf in retirement until the big goon pissed them off.
Even Christie makes jokes about weight, ignoring the diabetes epidemic that is slowly overtaking the USA, as it overtook India when citizens there could afford to eat the same foods as us and we were kind enough to send our fast food restaurants to grace their soil.
In the old days, being fat showed wealth, prosperity. The larger a man became, the more success evidenced itself in blubber.
We prefer not to blubber but to reckon things out.
When in a thinking mood, we often slip on some music by Bob Dylan and let our minds wander to it. Even Dylan says he cannot put a meaning to any of his songs but they have an individual meaning to all of us. One song which makes the mind wander a mite more than others is Visions of Johanna, which we always want to see him perform in concert and somehow always manage to buy tickets for the night he plays Desolation Row in the same slot of his setlist.
In the masterful working of VOJ, we are presented by many characters, like the Nightwatchmen, Mona Lisa, Johanna, Louise and her Lover, a Madonna, the Peddler, the Countess…but then a lot of attention is paid to the fat ladies. He told us he was a ‘song and dance man’ and a lot of people took it as a joke but the fat joke is stock-in-trade for the song and dance man. So, in the landscape of the miracle of beauty that is the song VOJ, the artist ties it up at the end with a joke and sort of blames it on the ‘fishtruck of his mind’ unloading. Nonetheless, we yank ourselves from the mystical, ethereal quality of the song when we hear about the delicate wallflower, who will freeze
“…when the jelly-faced women all sneeze.
Hear the one with the moustache say,
Jeeze, I can’t find my knees.”
When we manage to catch this song live, that line cracks us up everytime.
We usually do not think much past that but recently we needed some upbeat music to ease the drive over the icy ridges into town, so we put on Bringing It All Back Home. This was his fifth LP and the one where he quit leaving the ‘G’ off of words ending in ‘ING.’…hhmmm, was that a ‘sell-out’? You’d have to ask a fan who can explain his songs.
In Bob Dylan’s 115th Dream, again, we hear him use a rhyme which demeans the unproportionate, too…he gets lost upon disembarking from a ship. He meets a variety of characters and, again, near the end mentions that the last he heard of the missing captain,
“He was stuck on a whale
That was married to the
Deputy Sheriff of the jail…”
In later years, we heard about The Clean Cut Kid. He is well-fed and eats at Burger King. That would certainly lead to fat but the implication is not made. It is the closest Dylan came to addressing the war in VietNam in an outright fashion, however, even though his songs were used as anthems when people were trying to stop such injustices here.

In the second movie he penned, Masked and Anonymous, there is a scene (near the end, of course) where he is confronted by Jessica Lange, playing a demented, evil woman. She tries to wound him with words but he replies, “You heard about cellulose? Cows can digest it but you can’t.” It can also be digested by a moose. Either way, insult or not, it brings to mind the ass-lumping scourge of cellulite and, actually, sometimes an insult that is not understood gets you a lot more mileage… 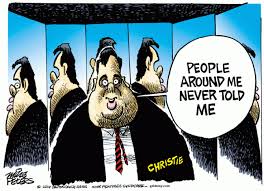 Anyway, back to the challenge…the man has recorded a commercial disc for each year of his life and we think he reaches seventy-three years of age this May. Did he give up the fat jokes after LP number seven? Was he forced to drop them when he had to add the ‘G’s?

WE don’t know! We are not experts. We do not even think the people who take the class at Columbia Unversity in Dylanology (or is that at NYU?…some NY College) have any idea, either, since the artist himself refuses to explain. However, with all the wondering, the pondering, the supposing, the guessing, the plotting-it-all out, we hope that some Dylan scholar will step forth with the necessary information. A few years back, we saw the Dylan/Paul Simon tour, which Dylan highlighted every evening by telling a stupid joke. Perhaps Number Three lies in there…but we would like to know if it exists in song?

This is a free blog so if you see any typos, live with it.